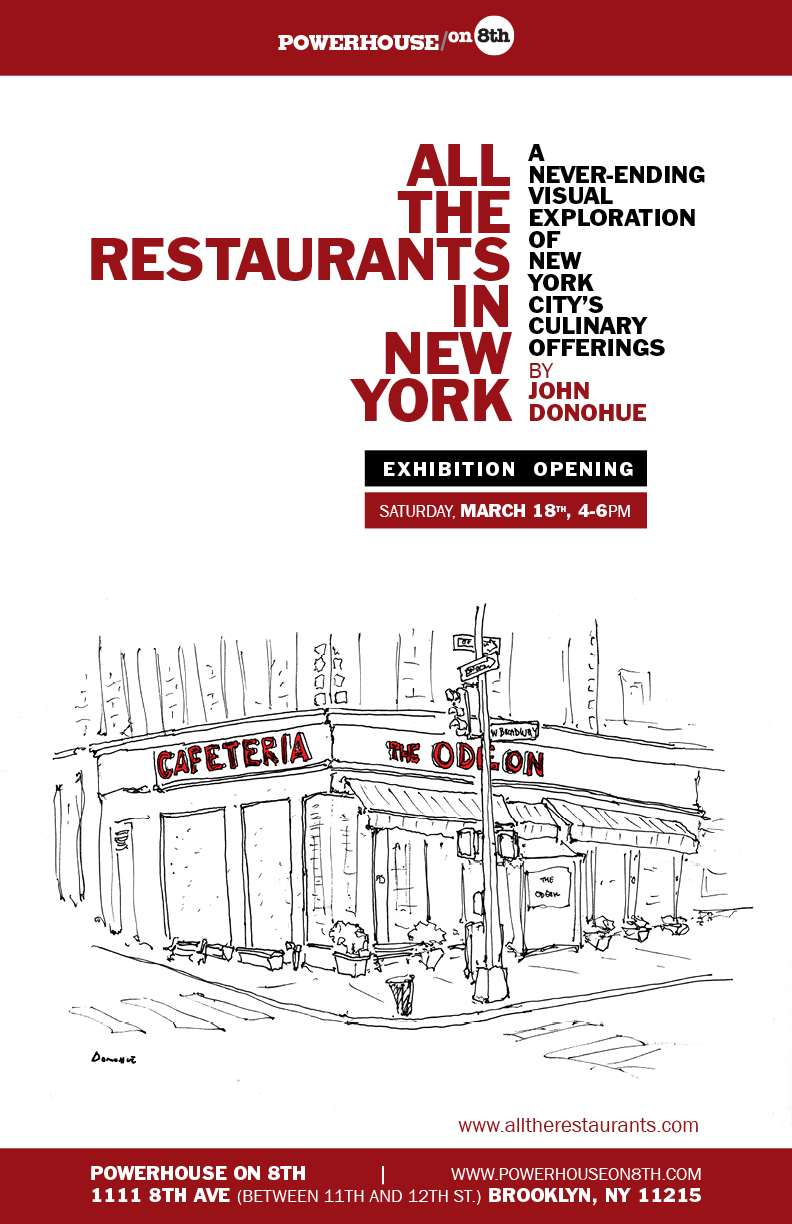 Starting March 18, former New Yorker editor, Man With a Pan editor, and artist John Donohue will display select prints from his ongoing All the Restaurants series at powerHouse on 8th. The project is an ambitious visual survey of New York’s 24,000 restaurants, drawn with a lively flair in a manner that captures the energy of the city and its dining culture.

All the Restaurants in New York is an ongoing visual survey of the city’s culinary scene, which launched as a website (www.alltherestaurants.com) in January of 2017. There are more than 24,000 eateries in the city, so the title of the project is intentionally hyperbolic. However, the artist has calculated that at the rate he works (each drawing takes 20 minutes, from life, in ink, without any erasing), it is mathematically possible to visit all of them in under a year. This does not account for coloring them, printing them, eating or sleeping, so he expects to be at it for a while. A handful of early images from around Brooklyn and Manhattan will be on display in this show, which will be on display at Powerhouse on 8th starting March 18 and running through the spring.

John Donohue is a former editor at The New Yorker and an erstwhile cartoonist for the magazine. He is also the editor of “Man with a Pan: Culinary Adventures of Fathers who Cook for their Families,” a 2011 New York Times best-selling anthology featuring contributions from Mario Batali, Mark Bittman, Mark Kurlansky, Jim Harrison, Stephen King, and many others. He has a daily drawing practice based on common household objects—most notably, the kitchen dish rack—that he uses to maintain and share calmness and good will. He contributes a portion of profits from the sale of his works to hunger-relief organizations. His website is www.johndonohue.com.