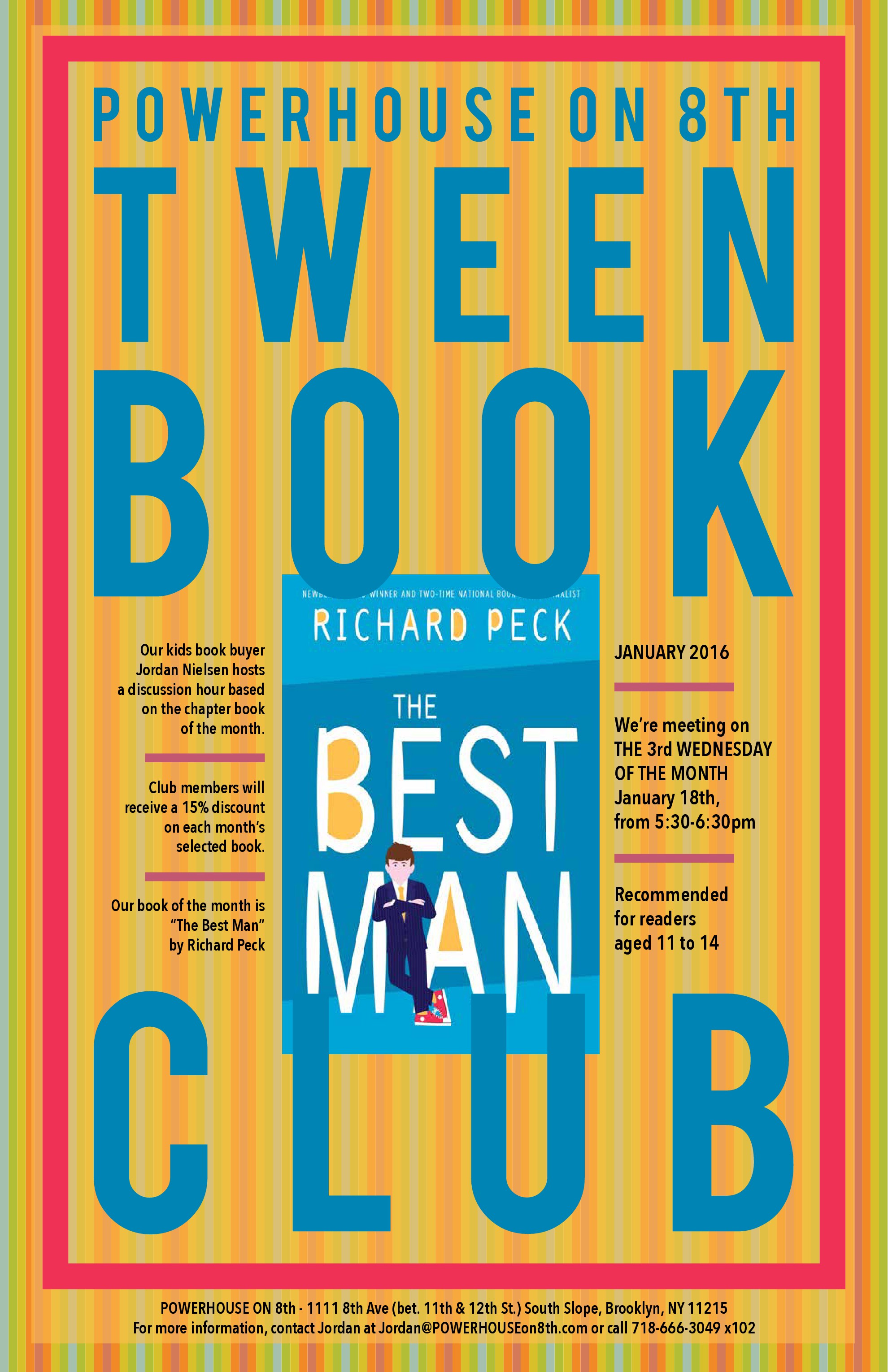 Our kids book buyer Jordan B. Nielsen hosts a discussion hour based on The Best Man by Richard Peck. Club members will receive a 15% discount on each month’s selected books. For more information, please contact Jordan Nielsen at Jordan@powerhouseon8th.com.

About THE BEST MAN:

When Archer is in sixth grade, his beloved uncle Paul marries another man—Archer’s favorite student teacher. But that’s getting ahead of the story, and a wonderful story it is. In Archer’s sweetly naïve but observant voice, his life through elementary school is recounted: the outspoken, ever-loyal friends he makes, the teachers who blunder or inspire, and the family members who serve as his role models. From one exhilarating, unexpected episode to another, Archer’s story rolls along as he puzzles over the people in his life and the kind of person he wants to become…and manages to help his uncle become his best self as well.

Richard Peck has won almost every children’s fiction award, including the Margaret A. Edwards Award, the Newbery Medal, the Scott O’Dell Award, and the Edgar, and he has twice been nominated for a National Book Award. He was the first children’s author ever to have been awarded a National Humanities Medal. He lives in New York City.