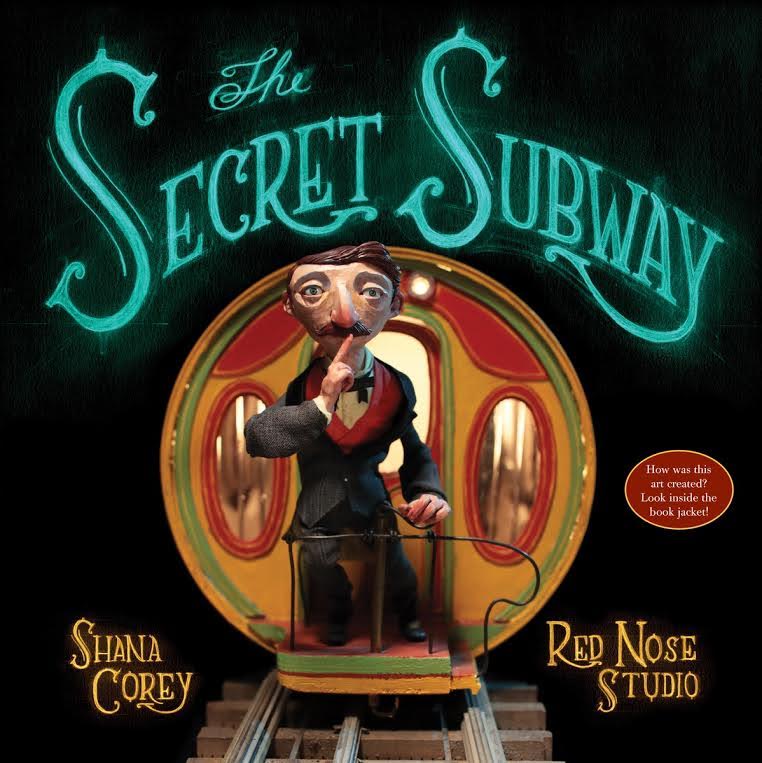 From an acclaimed author and a New York Times Best Illustrated artist comes the fascinating, little-known—and true!—story of New York City’s first subway. A perfect blend of fun and fact, The Secret Subway is suited for the countless young train enthusiasts at home and in the classroom. New York City in the 1860s was a mess: crowded, disgusting, filled with garbage. You see, way back in 1860, there were no subways, just cobblestone streets. That is, until Eli Beach had the idea for a fan-powered train that would travel underground. Fifty-eight days of drilling and painting and plastering later, Beach unveiled his masterpiece on February 26, 1870–and throngs of visitors took turns swooshing down the track. Red Nose Studio constructs intricate sets out of cloth, wire, wood, and clay, which are then photographed and converted into beautiful interiors. Kirkus notes, “The incredibly inventive multimedia illustrations match the text perfectly and add detail, dimension, and pizzazz.” A study on pneumatics, insight into 19th century NYC, jaw-dropping interiors—there’s something for everyone inside The Secret Subway.

SHANA COREY is a children’s book editor and author. She writes stories about brave women and girls in history, including Here Come the Girl Scouts!, called “exuberant” in a starred review from School Library Journal, as well as Mermaid Queen, Players in Pigtails, and You Forgot Your Skirt, Amelia Bloomer. Recently the New York Times called Corey a “deft storyteller.”