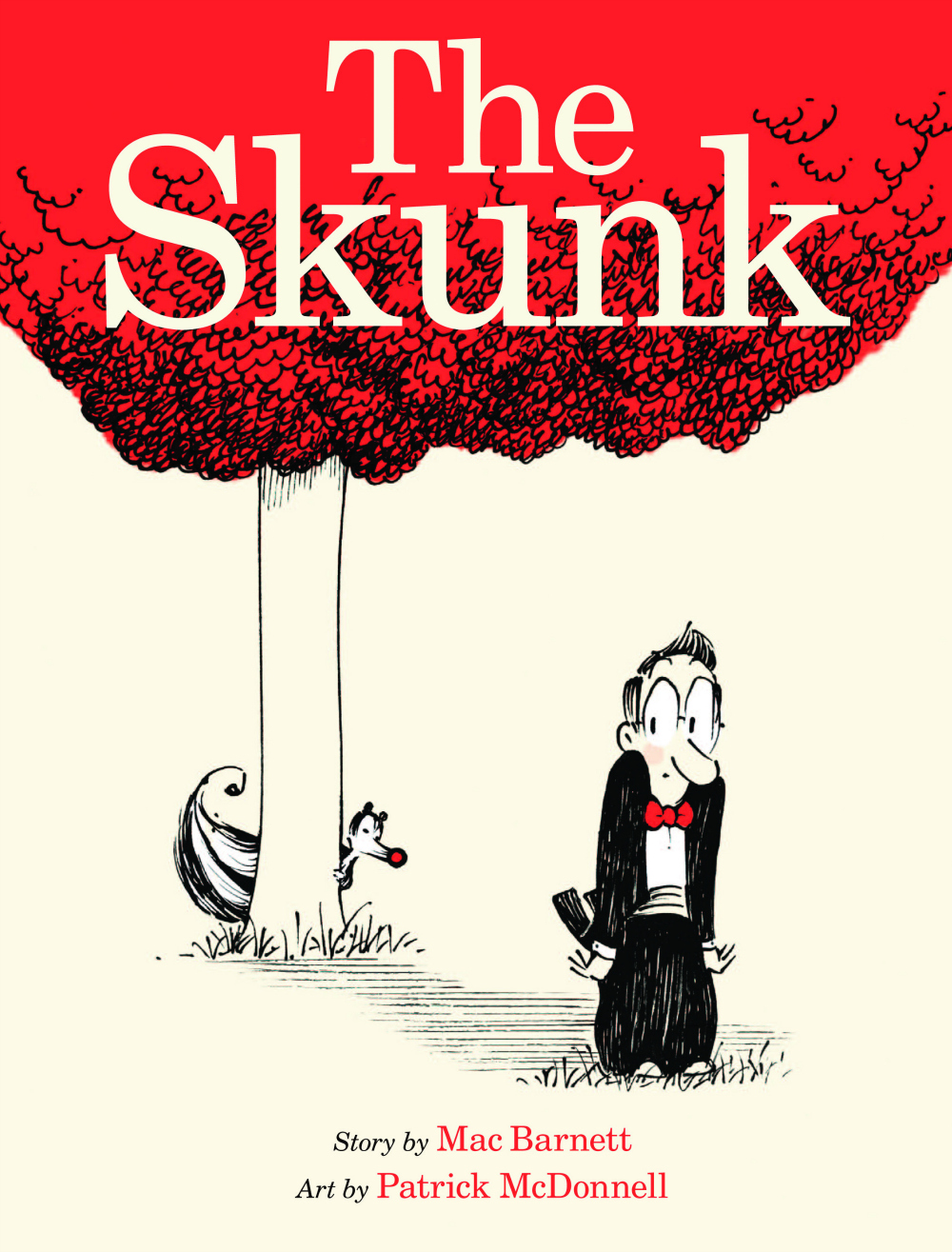 Join New York Times bestselling author Mac Barnett as he reads his new, slyly hilarious tale about one persistent skunk and the befuddled man he has decided to trail.

When a skunk first appears in the tuxedoed man’s doorway, it’s a strange but possibly harmless occurrence. But then the man finds the skunk following him, and the unlikely pair embark on an increasingly frantic chase through the city, from the streets to the opera house to the fairground. What does the skunk want? It’s not clear–but soon the man has bought a new house in a new neighborhood to escape the little creature’s attention, only to find himself missing something. . .

Mac Barnett is a New York Times bestselling author of over 18 books for children, including two Caldecott-Honor-winning collaborations with Jon Klassen: Sam & Dave Dig a Hole and Extra Yarn, which also won the Boston Globe-Horn Book Award and the E.B. White Read-Aloud Award. He writes the Brixton Brothers series of mystery novels and, with Jory John, The Terrible Two. He lives in Berkeley.

Patrick McDonnell is the creator of the daily comic strip Mutts. His picture book about the childhood of Jane Goodall, Me…Jane, won a Caldecott Honor medal in 2012.