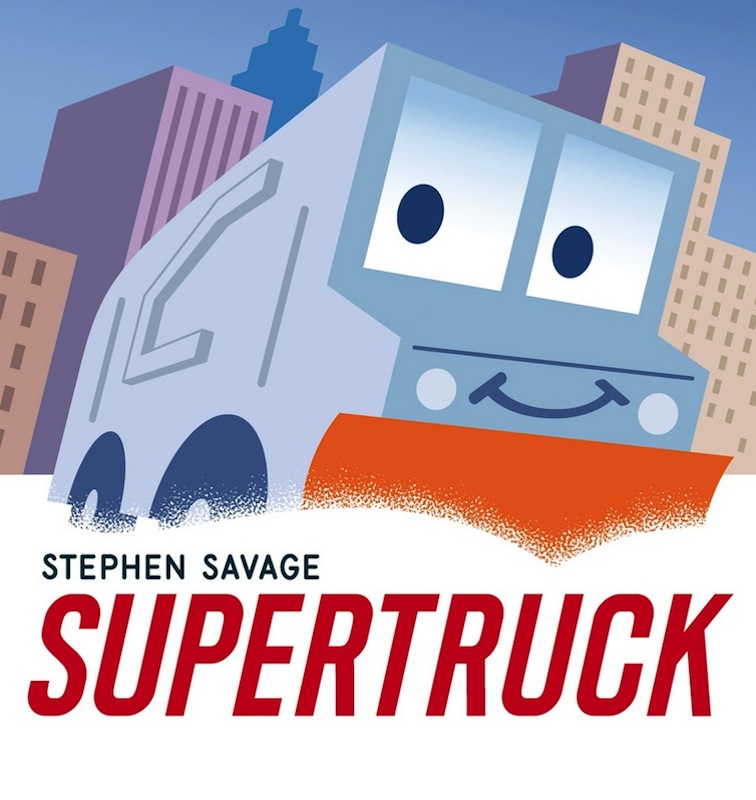 Join us as Stephen Savage hosts Sunday morning story time and reads from his book Supertruck!

“Savage exploits shapes and colors to create interesting imagery and atmospheric environments for the truck that show that collecting trash is just as heroic as powerfully plowing through snow. A serious treat for truck lovers.” – Kirkus Reviews, Starred Review

When the city is hit by a colossal snowstorm, only one superhero can save the day. But who is this mysterious hero, and why does he disappear once his job is done? Find out in this snowy tale about a little truck with a very big job, the second of Stephen Savage’s vehicle-based picture books.

Stephen Savage is the illustrator of the acclaimed New York Times bestselling picture book Polar Bear Night, which was named a New York Times Best Illustrated children’s book and an ALA Notable Book. He is the creator of the ALA Notable Book, Where’s Walrus?, which received a top honor from the International Readers Association, as well as a best book of 2011 by Publisher’s Weekly, The Wall Street Journal, and the Horn Book. His other books include Little Tug, and Ten Orange Pumpkins (an ALA Notable Book). He lives in Brooklyn with his wife and their daughter.