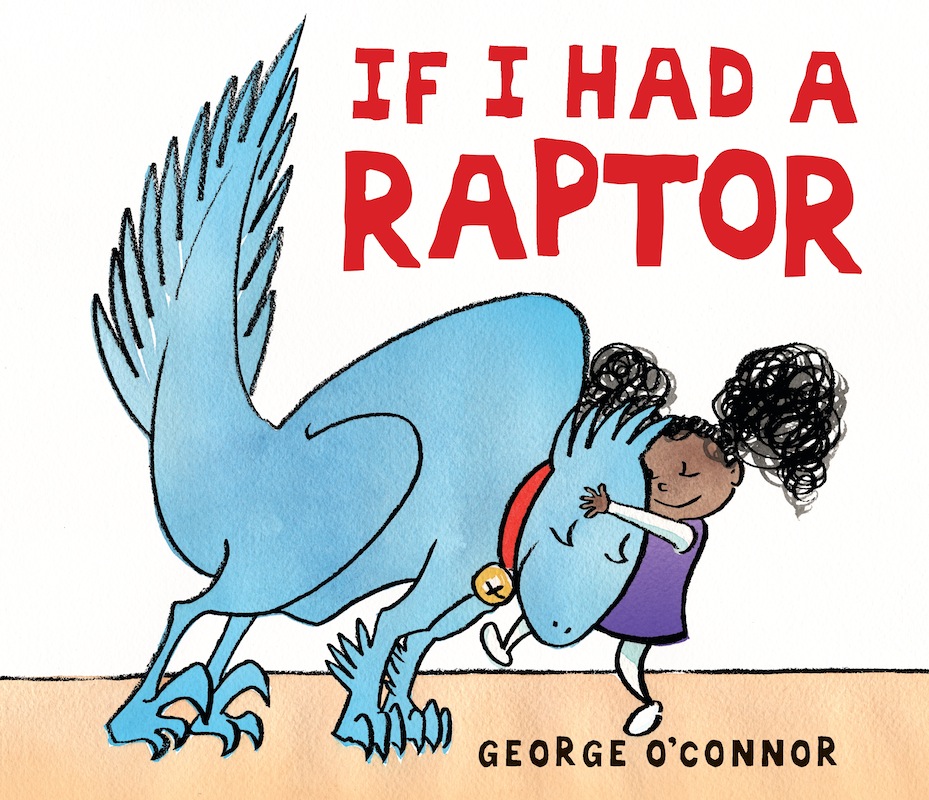 Join us as George O’Connor hosts Sunday morning Story Time and reads from If I Had A Raptor.

About If I Had A Raptor:

Our heroine can’t think of anything better than bringing home a baby raptor — all teensy and tiny, fluffy and funny. It would cuddle and play, stalk birds and dust bunnies, and curl up on laps. In short, it would be the perfect pet! Readers may notice striking similarities between the raptor’s behavior and that of a more common house pet. But whether their first love is dinosaurs or kittens, little people with big imaginations will definitely warm to this perfect picture book. George O’Connor is the creator of several children’s books, including the New York Times best-selling Olympians series, retellings of Greek myths in comic form. About If I Had a Raptor, he says, “Someone smarter than me once remarked that if your cat was a little bigger and you were a little bit smaller, it would eat you. That comparison informed my dino-ization of the house cat in If I Had a Raptor.” George O’Connor lives (with his clawed and clever cat) in Brooklyn.