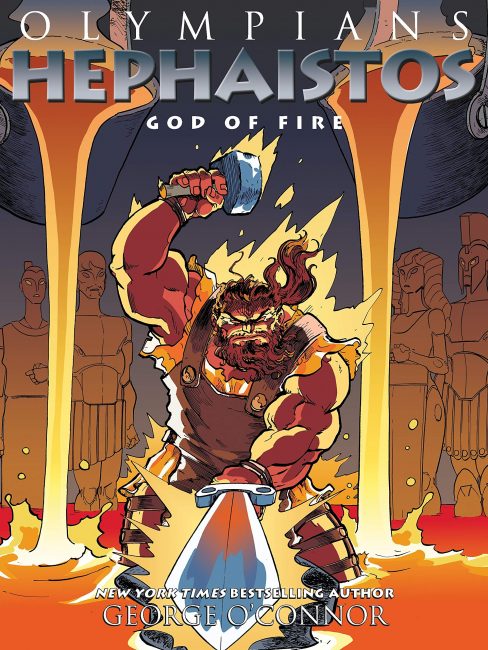 Thrown from Mount Olympus as a newborn and caught by Thetis and Eurynome, who raised him on the island of Lemnos, Hephaistos had an aptitude for creating beautiful objects from a very young age. Despite his rejection from Olympus, he swallowed his anger and spent his days perfecting his craft. His exquisitely forged gifts and weapons earned him back his seat in the heavens, but he was not treated as an equal—his brothers and sisters looked down at him for his lame leg, and even his own wife, Aphrodite, was disloyal. In this installment of George O’Connor’s bestselling Olympians graphic novel series, witness Hephaistos’ wrath in God of Fire as he creates a plan that’ll win him the respect he deserves. 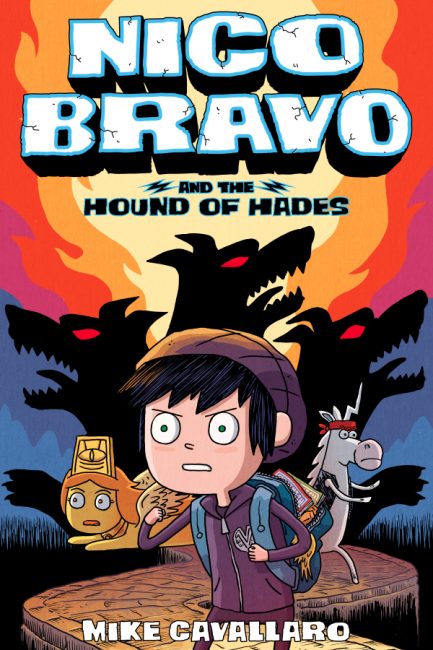 Take another look at your favorite myths and legends in this hilarious new graphic novel by Mike Cavallaro, Nico Bravo and the Hound of Hades!

Got a problem? At Vulcan’s Celestial Supply Shop, you can find the magical merchandise to set things right. The seasoned staff—a kid named Nico Bravo, a sphinx named Lula, and a unicorn named Buck—pride themselves on providing “legendary service and expertise in all areas of the arcane.”

But Nico’s world is about to be turned upside down, and it’s all thanks his latest customer: Eowulf, the pint-size descendant of the monster slayer Beowulf. Determined to carry on the family business, this would-be warrior plans to slay Cerberus, the terrifying, three-headed hound of Hades. There’s just one problem—Cerberus is the only thing preventing the hordes of the Underworld from entering the land of the living. Can Nico stop Eowulf from unleashing a zombie apocalypse? 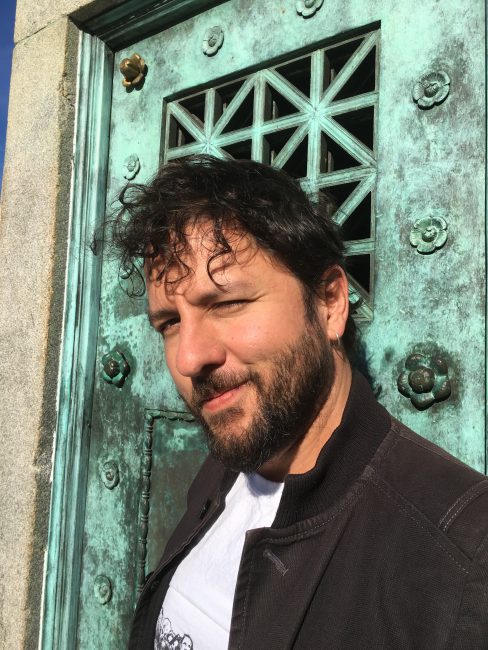 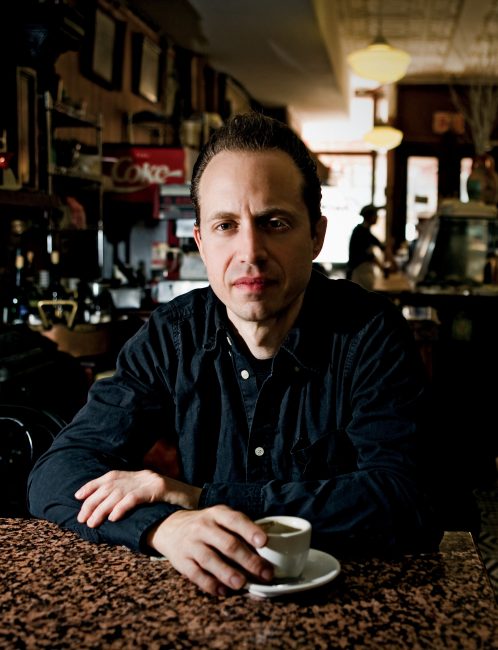 George O’Connor is an author, illustrator and cartoonist. Above all, George is a Greek mythology buff and a classic superhero comics fan, and he’s out to remind us how much our pantheon of superheroes (Superman, Batman, the X-Men, etc) owes to mankind’s original superheroes: the Greek pantheon. Now he has brought his attention to OLYMPIANS, an ongoing series retelling the classic Greek myths in comics form.

In addition to his graphic novel career, O’Connor has published several children’s picture books, including the New York Times best-selling Kapow!, Sally and the Some-Thing, If I Had a Raptor and If I Had a Triceratops. George lives in Brooklyn, NY with two terrible cats and one good one.

Mike Cavallaro is from New Jersey and is either drawing comics, or reading comics, or thinking about comics, all the time. He’s probably doing at least one of those right now, maybe more. Those comics include Parade (with fireworks), a Will Eisner Comics Industry Award-nominee and a Young Adult Library Services Association [YALSA] “Great Graphic Novels For Teens” selection; The Life and Times of Savior 28, written by J.M. DeMatteis; Foiled and Curses! Foiled Again, written by Jane Yolen, a Junior Library Guild selection; DECELERATE BLUE, written by Adam Rapp; and NICO BRAVO AND THE HOUND OF HADES, which is the first book in a three book series about a kid named Nico and a supply shop of the gods.