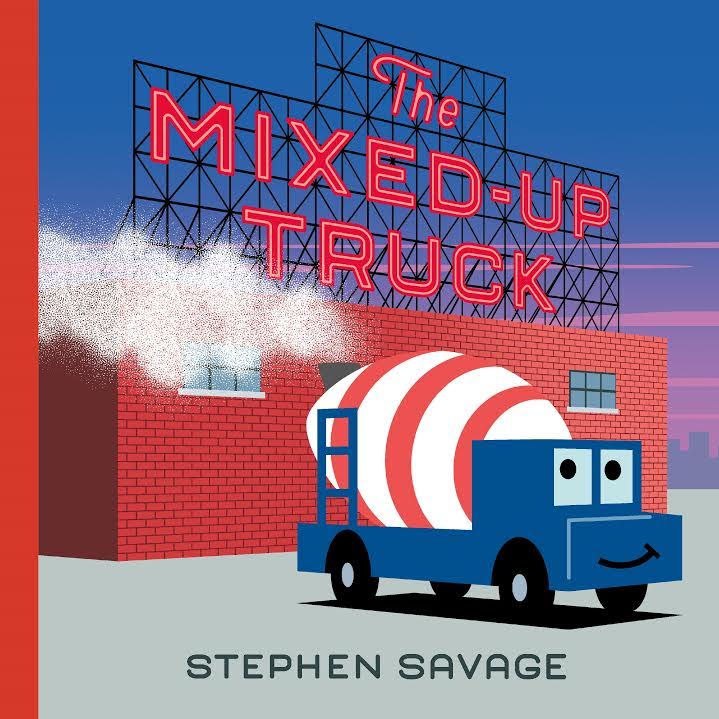 POWERHOUSE on 8th regular Stephen Savage returns to celebrate the launch of his new picture book The Mixed-Up Truck, about the struggles of cement mixer’s first day on the job.

About The Mixed-Up Truck:

“The book’s thematic elements—trucks and food and mastery of a skill—are well-pitched to a very young audience.” – Kirkus Reviews

It’s the cement mixer’s first day on the job, and he doesn’t want to make any mistakes. How can he help the other trucks on the construction site? By mixing some powdery white cement, of course!

When he mixes it up and adds a little water, things don’t quite turn out as planned. But he keeps trying and eventually learns that making mistakes isn’t always a bad thing.

Stephen Savage is the illustrator of the New York Times-bestselling picture book Polar Bear Night, also named a New York Times Best Illustrated Book, and the author and illustrator of the Where’s Walrus? books. He is also the creator of Little Tug, which School Library Journal called “petite but powerful,” and Supertruck, which received six starred reviews and was named a 2016 Geisel Honor Book. Both were published by Roaring Book Press. He lives in Brooklyn with his wife and daughter.