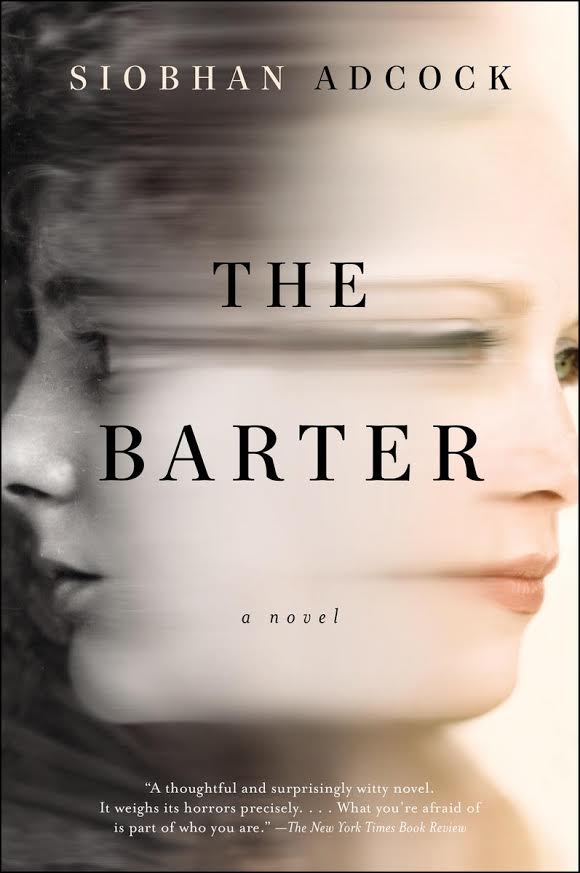 Adcock’s debut novel is both a psychological thriller (tiptoeing with grace into fantasy) and a thought-provoking commentary on being a woman, a wife, and a mother.

“Motherhood is the destabilizing bod that nearly undoes two women linked across a century in Adcock’s suspenseful debut.”—Publishers Weekly

Siobhan Adcock’s debut novel The Barter is not your typical ghost story. Rather, it is an astutely feminist and psychologically complex literary endeavor wrapped in a chilling modern thriller. Set in Texas, in present day, and at the turn of the twentieth century, the novel follows two young mothers each at the turning point of their lives.

Bridget, a twenty-first century attorney, has given up her promising career to raise her daughter, joining a cadre of selfless stay-at-home mothers in a quiet Texas suburb, while her husband heads to the office. But Bridget doesn’t experience the same sort of stay-at-home bliss as the others. Some crucial part of the exchange is missing, and she struggles to feign both motherly and marital happiness. When a disturbing presence enters her home—one that only she and her young daughter can feel—Bridget begins to unravel.

In alternating chapters, the reader is transported to a Texan farm in 1902 and introduced to Rebecca, a young city girl who marries John, a hardworking and gentle farmer. Rebecca struggles with her feelings for John, and after their first night together, she turns her back on her husband to give all of her love to their child. The more time passes, the more the couple comes to resent one another, until eventually these feelings become commonplace and their relationship is irreparably cold and distant.

Although these two women are separated by generations, disparities in education and class, revolutions in technology, and even by the Women’s Rights Movement, they are bound together by the sacrifices they make. As these two stories mount with tension, each woman arrives at a terrible ordeal of her own making, tinged with love, fear and dread. What will they sacrifice to save their families—and themselves?

Siobhan Adcock’s debut novel is heart-stopping, provocative, and intelligent. The Barter will keep readers at the edge of their seats until the last gripping page. Siobhan Adcock received her MFA in fiction from Cornell University, and her short fiction has appeared in several literary magazines. She has worked as a writer and editor for Epicurious,Gourmet.com, iVillage.com, and The Knowm among other digital publishers. She lives with her family in Brooklyn, New York.