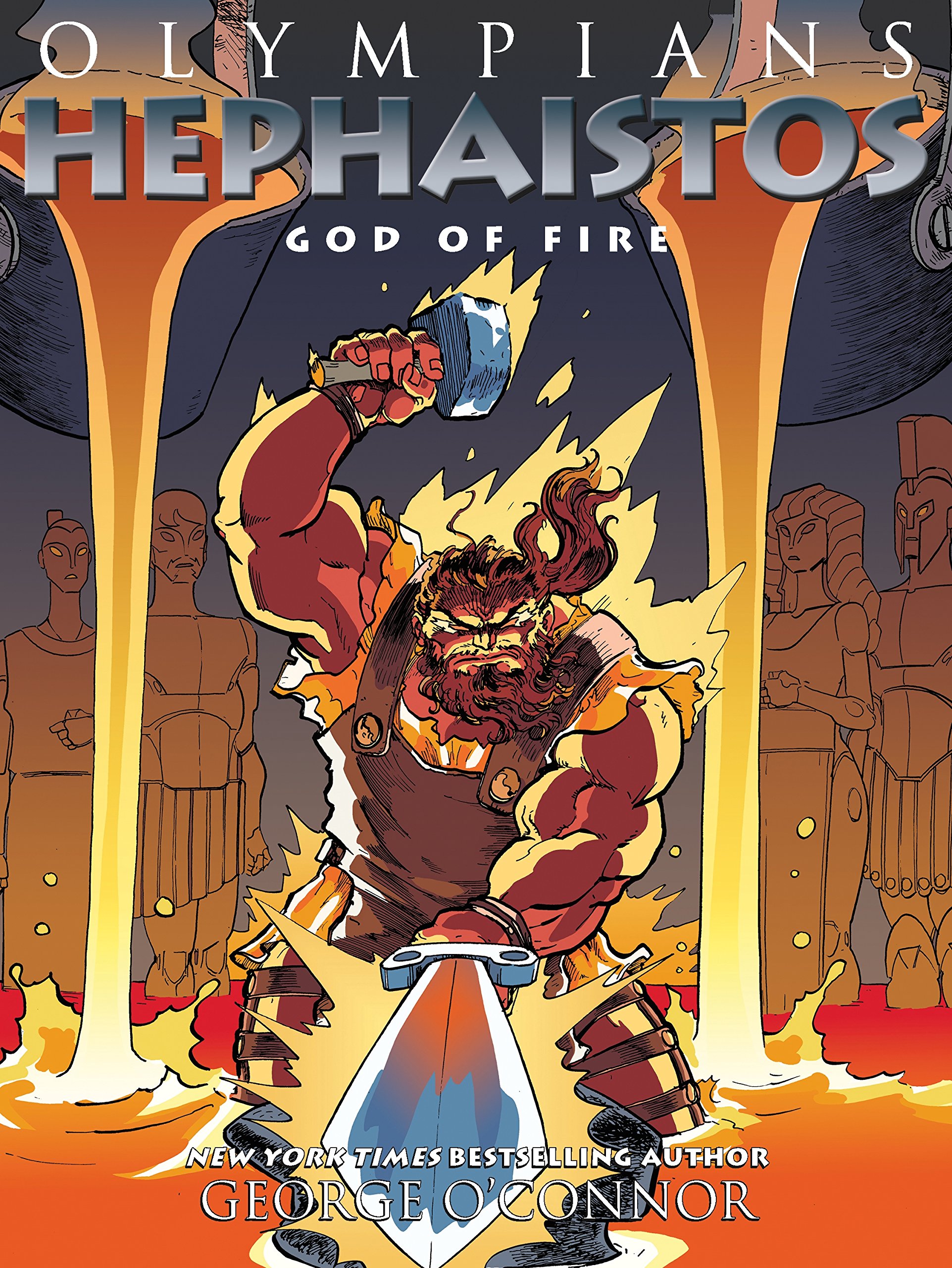 About the Book.
Thrown from Mount Olympus as a newborn and caught by Thetis and Eurynome, who raised him on the island of Lemnos, Hephaistos had an aptitude for creating beautiful objects from a very young age. Despite his rejection from Olympus, he swallowed his anger and spent his days perfecting his craft. His exquisitely forged gifts and weapons earned him back his seat in the heavens, but he was not treated as an equal―his brothers and sisters looked down at him for his lame leg, and even his own wife, Aphrodite, was disloyal. In this installment of the bestselling OLYMPIANS graphic novel series, witness Hephaistos’ wrath as he creates a plan that’ll win him the respect he deserves. About the Author.
George O’Connor is a New York Times–bestselling author and illustrator of the OLYMPIANS series as well as such graphic novels as JOURNEY INTO MOHAWK COUNTRY and BALL PEEN HAMMER In addition to his graphic novel career, O’Connor has published several children’s picture books. He lives in Brooklyn, New York.