The fantastic whirlwind of Angelopolis, the highly anticipated sequel to the New York Times bestselling novel Angelology by Danielle Trussoni, touches down in full force. This fast-paced, and terrifically clever story is an exquisite return to the inspired and seductive world of dark angels and the angelologists who hunt them. The star-crossed hero and heroine have changed utterly in the ten years that have passed since the events of Angelology. Verlaine has traded his Clark Kent nerdiness for the superhero power of an angel hunter; Evangeline, with her illustrious wings, is his chief target. What begins as a cat-and-mouse chase becomes a quest when clues from Russia’s imperial past suggest that a powerful elixir may actually be within reach for the angelologists—and could disarm the evil Nephilim once and for all.

Angelopolis leads readers from Paris to St. Petersburg, Russia, and deep into the provinces of Siberia and the Black Sea coast. Underground prisons, Edenic gardens full of rejuvenating herbs, and the hidden corridors of the Winter Palace form a mesmerizing backdrop for a high-octane tale of abduction, treasure-seeking, and divine warfare. Featuring real historical figures such as English Renaissance magician John Dee and the equally mystifying Grigori Rasputin, as well as the cultish allure of the House of Fabergé’s wondrously crafted eggs, the true story of Evangeline’s origins will be cracked open.

Angelopolis is a spectacular ride through myth, biblical lore, and alternative history. From the hidden ambitions of the Romanovs to the sensual secrets behind the Angel Gabriel’s famous visitations, the liberties Danielle takes are as audacious and captivating as ever. 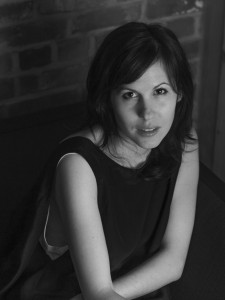 Danielle Trussone’s memoir debut, Falling Through the Earth, was selected as one of the Ten Best Books of 2006 by the New York Times. She currently splits her time between the United States and France. Visit her website for more information.