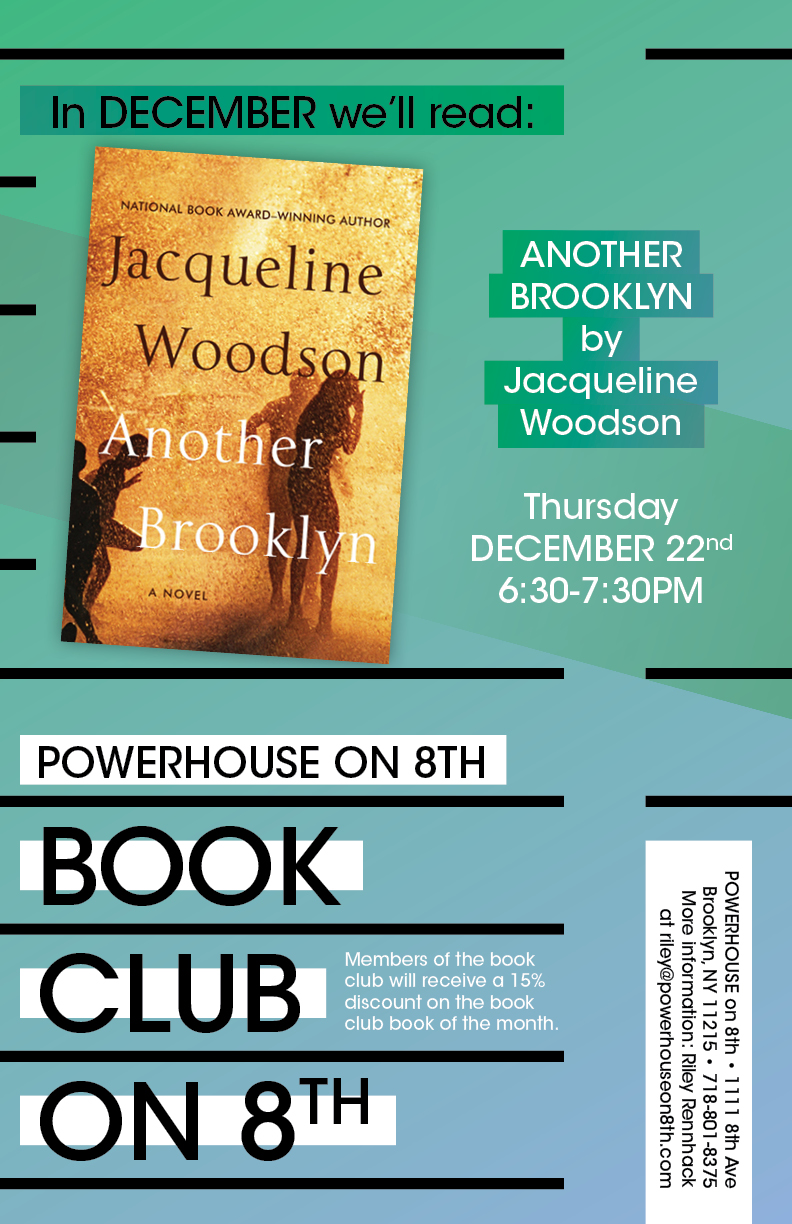 Join us for a discussion on Another Brooklyn by Jacqueline Woodson. Club members will receive a 15% discount on each month’s selected books. For more information, please contact Jordan Nielsen at Jordan@powerhouseon8th.com.

Running into a long-ago friend sets memory from the 1970s in motion for August, transporting her to a time and a place where friendship was everything—until it wasn’t. For August and her girls, sharing confidences as they ambled through neighborhood streets, Brooklyn was a place where they believed that they were beautiful, talented, brilliant—a part of a future that belonged to them.

But beneath the hopeful veneer, there was another Brooklyn, a dangerous place where grown men reached for innocent girls in dark hallways, where ghosts haunted the night, where mothers disappeared. A world where madness was just a sunset away and fathers found hope in religion.

Like Louise Meriwether’s Daddy Was a Number Runner and Dorothy Allison’s Bastard Out of Carolina, Jacqueline Woodson’s Another Brooklyn heartbreakingly illuminates the formative time when childhood gives way to adulthood—the promise and peril of growing up—and exquisitely renders a powerful, indelible, and fleeting friendship that united four young lives.

Jacqueline Woodson is the bestselling author of more than two dozen award-winning books for young adults, middle graders, and children, including the New York Times bestselling memoir Brown Girl Dreaming, which won the 2014 National Book Award, the Coretta Scott King Award, a Newbery Honor Award, an NAACP Image Award, and the Sibert Honor Award. Woodson was recently named the Young People’s Poet Laureate by the Poetry Foundation, and she is a four-time Newbery Honor winner, a four-time National Book Award finalist, and a two-time Coretta Scott King Award winner, among many prizes and honors. She lives with her family in Brooklyn, New York.