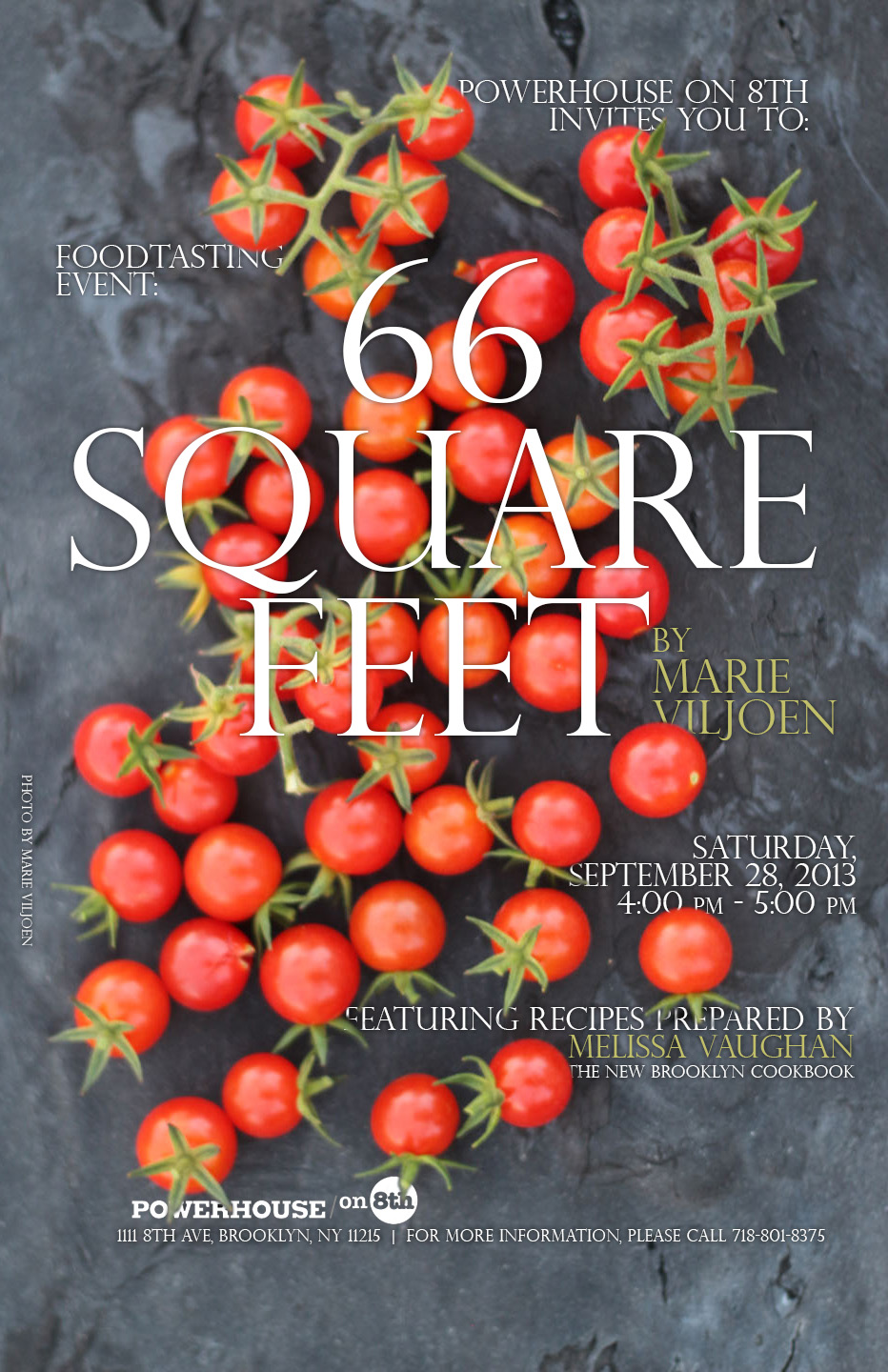 Drinks will be served.

South Africa–born Marie Viljoen captures the hearts of her readers as she blogs about cooking and gardening on her tiny 66-square-foot terrace in Brooklyn. Named one of the top 10 gardening blogs by Apartment Therapy and the Discovery Channel, the 66 Square Feet blog has also been covered in the New York Times.

The book draws the reader into Viljoen’s beautiful world of unfolding city seasons as she forages through New York City and harvests from her garden to create elegant and inspiring meals that encourage the reader to pause and savor life. Each chapter corresponds to a month of the year, and ends in the kitchen, with a menu inspired by her terrace and roof gardens, farmers’ markets, and the occasional weed. Set against a backdrop of growing up in South Africa and moving to the United States, meeting her French husband, and finding a culinary and emotional home in Brooklyn, Viljoen’s book is a love letter to living seasonally in the most famous city on the planet.
About the Authors: 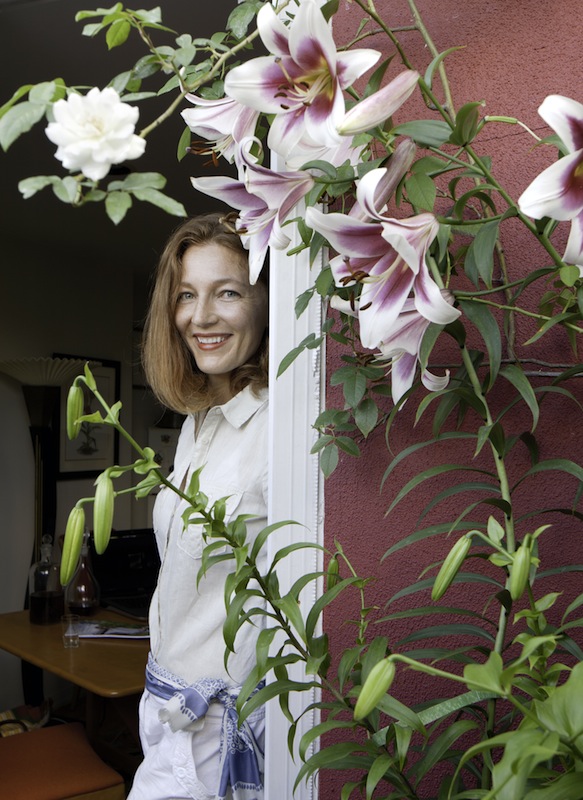 Marie Viljoen blogs at 66 Square Feet. She also teaches at the Brooklyn Botanic Garden and contributes to Edible Brooklyn and Edible Manhattan. She has appeared on NBC, NY1, CBC, and NPR, and in the New York Times and Martha Stewart Living.

Melissa Vaughan, co-author of The New Brooklyn Cookbook, is a recipe developer and tester whose work has appeared in magazines (Real Simple, Cookie, Saveur, Every Day with Rachael Ray) and cookbooks by Daniel Boulud, Michael White, and Melissa Clark. She is a graduate of the Institute of Culinary Education