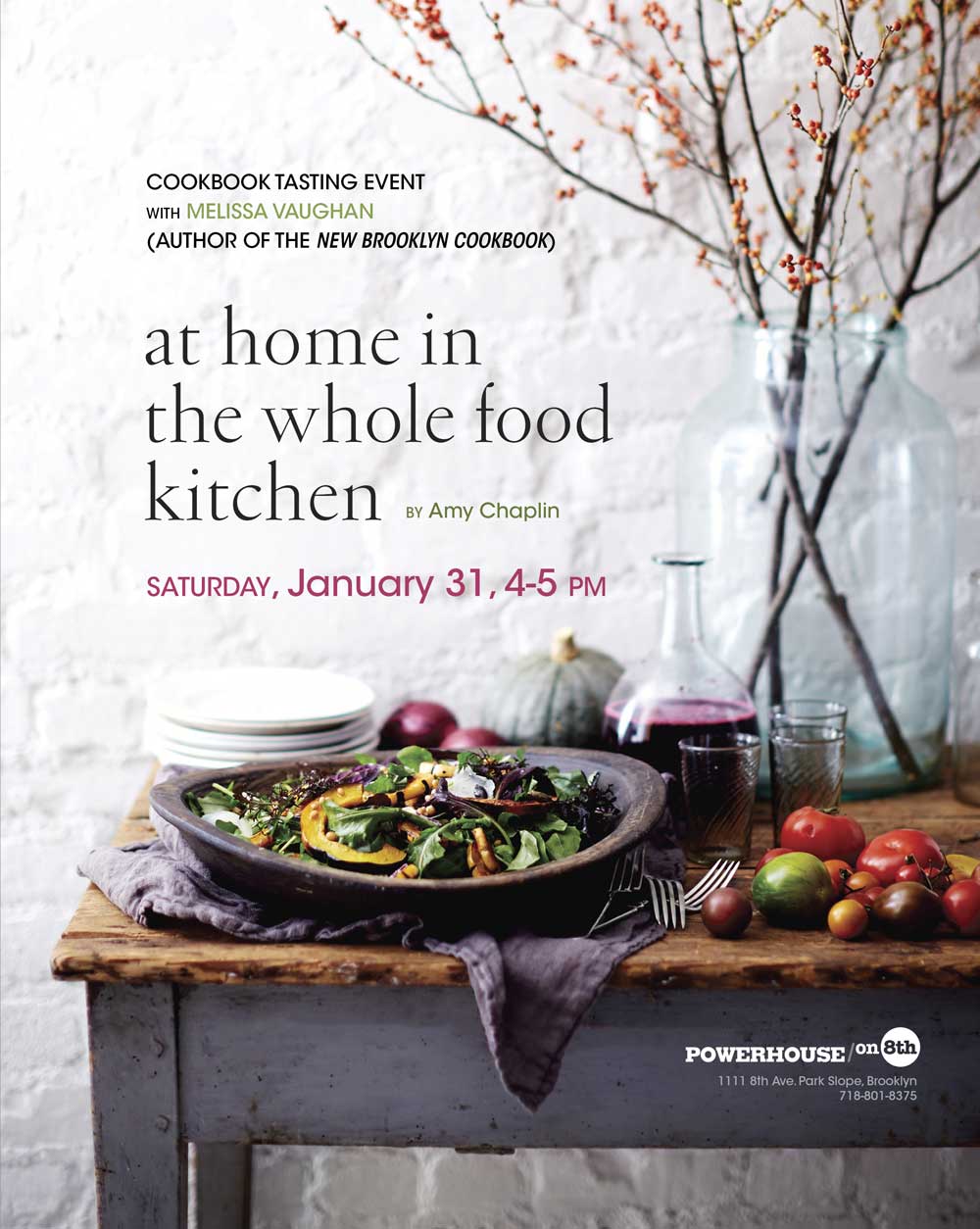 Back at powerHouse by popular demand, Chef Amy Chaplin stops by our Park Slope store to celebrate the art of eating well — with some delicious treats included!

About At Home in the Whole Food Kitchen:

Recently featured on national television, in the Wall Street Journal and the Washington Post, Chaplin’s first book At Home in the Whole Food Kitchen (Roost Books, Boston) shares her recipes and kitchen tips from over twenty years as a chef at restaurants in Australia, Europe, and New York (Angelica Kitchen), and from her experience as private chef to numerous celebrities, including Natalie Portman and Liv Tyler. Gorgeously photographed by commercial photographer Johnny Miller and designed by a former art director at Martha Stewart Living, Stephen Johnson, Chaplin’s book celebrates vegetarian cuisine at its brightest and most delicious with family-friendly recipes for omnivores, vegetarians, and vegans alike. 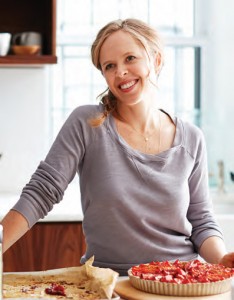 Amy Chaplin is the former executive chef of New York’s well-known restaurant, Angelica Kitchen, and a consultant, recipe developer, and private chef working in New York. A regular contributor to the Food Network’s “HealthyEats” blog, her and her work have appeared in numerous publications, including Vogue, the New York Times, SELF, and New York magazine, and she has been profiled in Martha Stewart Living as the “Goddess of healthy delights.” A native of Australia, over the last two decades Chaplin has worked as a chef in Amsterdam, London, Sydney and New York. At Home in the Whole Food Kitchen is her first book and is available nationwide. Find out more at amychaplin.com.